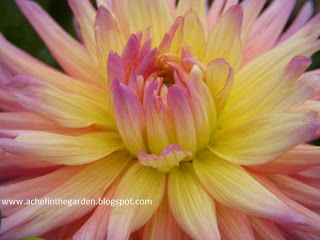 Like many gardeners, I've become overwhelmed with the number of photos I have accumulated from the past few years.  Since I need to review the plans for the spring containers with "Mrs" soon, I am collecting some favorite container photos in an album on my Facebook page for her to look at.  Here's one I just came across, which I had completely forgotten about....I just LOVE this photo of a dahlia just coming into bloom in August!  It has nothing to do with container plantings, but it makes me happy!

Hopefully this will add some warmth to wherever you are at the moment, in the darkest and coldest time of year!
Posted by Unknown at 4:33 PM 1 comment:

I made this for Christmas and might do again for New Year’s Eve.  Fortunately it’s two different groups of people!  Everyone loved the toasts, and it’s super easy!


I got this recipe from Splendid Table, which is a show on Public Radio.  They, in turn, excerpted it from Laura Werlin’s Cheese Essentials:  An Insider’s Guide to Buying and Serving Cheeses.  I’ve restructured it a little, showing which parts I did in advance to make it easy once guests arrived.
In my opinion (as someone who earned his living in the high-end food world for thirty years), this recipe is really brilliant.  It takes into consideration those classic qualities of Chardonnay (vanilla, butter, and “toast”) and enhances them to magnify the flavors even more.
Brie Toasts with Chardonnay-Soaked Golden Raisins
1-1/2 cups water
1 cup Chardonnay
¼ cup plus 2 tablespoons sugar
1 vanilla bean, split in half vertically (I have also done this with 1 t. pure vanilla extract)
1 c. golden raisins
12 oz. double-crème Brie
24 slices of baguette, ¼ inch thick
4 tablespoons melted butter


The day before serving:
In a medium saucepan, combine the water, wine, and sugar.  Bring to a simmer over medium-high heat until the sugar is dissolved.  Reduce the heat to medium and simmer for five minutes.  Turn off the heat.  Scrape the insides of the vanilla bean into the liquid, and add the remaining bean (or add the extract).  Add the raisins, allow them to steep for 1 hour uncovered at room temperature, then cover and refrigerate.  (This mixture will hold for up to two weeks, refrigerated).


A few hours before guests arrive:
Drain the raisins, reserving the liquid.  Remove and discard the vanilla bean.  Put the liquid back on the stove and bring to a boil.  Reduce to a simmer, and allow to reduce to 1/3 cup, about 10 to 15 minutes.  Once it begins to turn a golden brown, remove from the heat so it doesn’t burn.  It will thicken as it cools, and have a texture like maple syrup.


Preheat the oven to 400 degrees.  Brush each side of the baguette slices with melted butter, and toast in the oven about 10 minutes, until golden brown.  Allow to cool to room temperature.
Slice the cheese while it is still cold into 24 pieces.  (I spread them out on a cold plate and put back in the refrigerator (covered), since Brie can be a nightmare to work with when it’s warm.)


A little while before guests arrive:
Put a slice of cheese on each toast.  Spoon a few raisins over the cheese, and drizzle the syrup over the top.   (This is where the original recipe ends, serving the toasts at room temperature.  I put them back in the oven for about 10 minutes, and it was INCREDIBLE!)

The Visit to Vizcaya 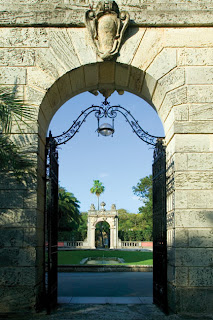 A few weeks ago we were lucky enough to visit Vizcaya, which is an extraordinary property in the Coconut Grove section of .  Built in 1916 for James Deering (of International Harvester), it is really beyond description, and definitely worth visiting.
Most of these photos came from the Vizcaya website (my photos from that day were just not good), and even these don’t do justice to how beautiful this place is. 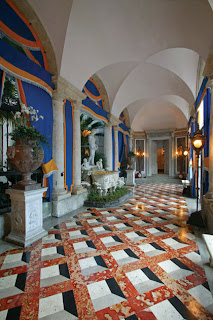 What makes Vizcaya special (in my humble opinion) is that, unlike lots of the grand house museums from the turn of the last century, the designers of Vizcaya paid as much attention to the gardens as they did to the house.
When we were in last year, one of the gardens we visited was Hestercombe, where there are still large elements that exist as they were designed by Jekyll and Lutyens.  In those gardens, there is a definite calming feeling that comes as a result of brilliantly designed spaces; strolling the gardens at Vizcaya gave me that same restful feeling, while astounding me with the sheer size and brilliant design.
This is definitely a garden to visit if you find yourself in ! 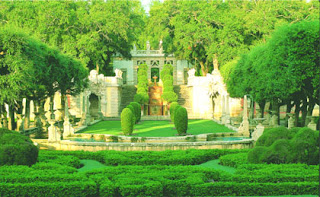 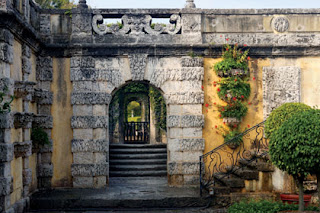 Just Getting This Recipe In Under the Wire for Christmas!

I haven't made this one yet.  In fact, it arrived with a Christmas card from Project Open Hand just today, and sounds amazing.  It's on my list of things "to do" in the next few days.  In the meantime, if you're of the mindset to get in some more holiday baking, let me know how you fare with this!  It sounds to be as Southern as a recipe can get. 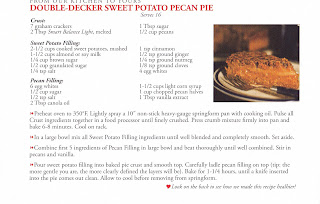 As always, click on the recipe to enlarge and/or print.  Bon Appetit, y'all!
Posted by Unknown at 2:42 PM No comments:

Thanks to All for Your Concern!

Thanks for all of you who expressed concern that there was something wrong and that I had disappeared or fallen off the face of the Earth.  Nothing is wrong, I've just been a slacker when it comes to the blog.  I'm trying to be better as we enter the New Year.  I'll still never understand how it is that so many people are interested in my babbling, but it's definitely good for the ego!

On a similar note, my computer's security settings don't seem to be playing nicely with those at Google, so I'm often not able to post on the blogs of others.  Please know that I love reading them, and would love to let you know that, but the great Google in the sky seems to prefer otherwise!
Posted by Unknown at 2:37 PM 4 comments: 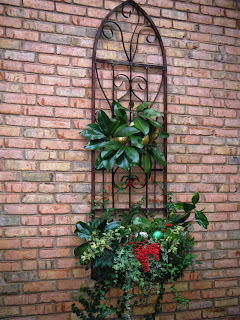 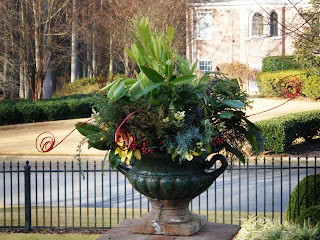 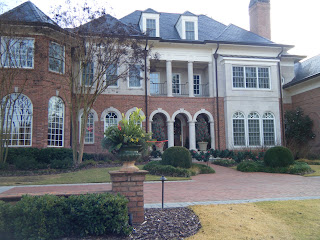 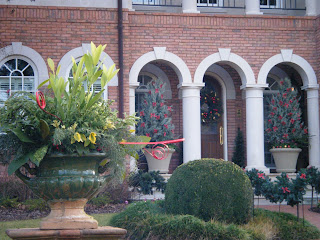