According to the local weather reporters, we have some  much colder weather coming next week, so today's sunny 70's were appreciated that much more.  The unique "blooms" of Fatsia japonica are already
out, and I love how they contrast with the secondary bloom of the Encore azaleas behind.  Truth be told,
I'm not a huge azalea fan, but there is no question they are effective in such a large drift. 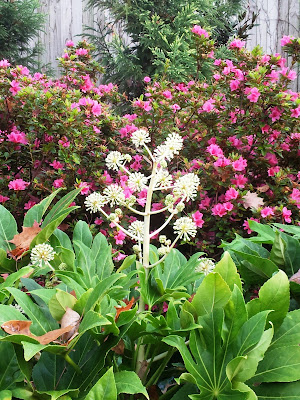 We're making progress on the winter containers.  This one definitely leans toward classic Atlanta elegance, and I am loving the juniper called "Iowa" for containers.  They'll go out into the landscape in the spring.  The sedum "Angelina" will turn show bright orange streaks through that chartreuse as soon as it gets really cold for a couple of days. 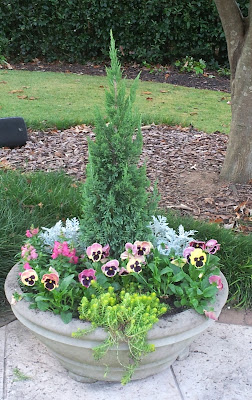 The prostrate rosemary is getting slightly out of control under the rose trellis, but it's also just starting to show those distinctive blue blooms that come in autumn and winter.  The "Snow 'n' Summer" Asiatic jasmine that is spilling out from behind the planter is a plant that I love for part shade.  According to the grower, only the new growth is white, but we do virtually nothing to it, and it has that awesome white and pink variegation.  We almost never use orange at the Big House, but it works so beautifully with these two planters (they're actually stained concrete, not metal). 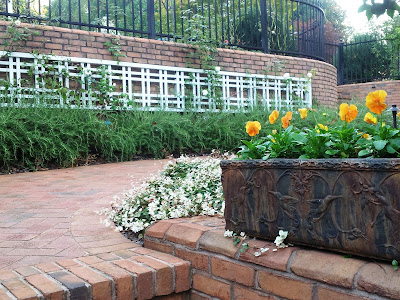 The "Texas Tarragon" (Tagetes lucida) just started to bloom a week ago, and will keep that great color until a hard frost kills it back.  The added bonus is the distinct tarragon scent (and flavor, if so inclined). 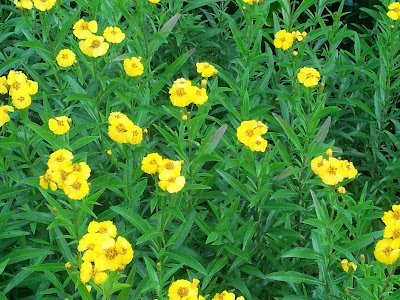 In the Stepchild Garden, "Ryan's Yellow" provides a great burst of color, and is another favorite perennial.  It requires virtually no care, and just continues to do its thing year after year. 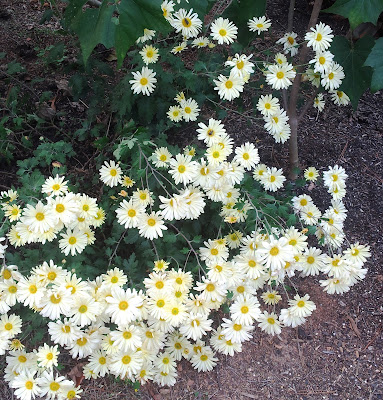 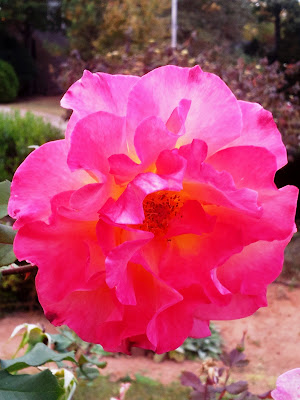